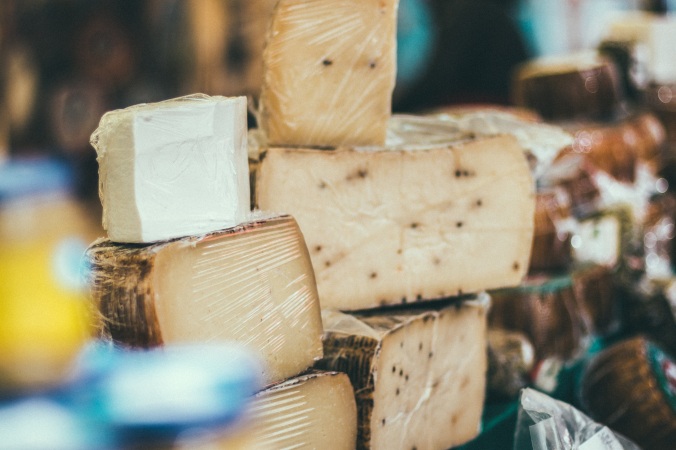 Cheese is a living food. No, I don’t mean that cheese is capable of rising up off the plate and dancing the mambo. And if your cheese is dancing the mambo, then you may want to consider cutting back on the wine you’re drinking with it.

By “living” food, I’m referring to the thousands of microorganisms (bacteria and mold) that play a part in turning milk into cheese. Nearly all types of bacteria will coagulate milk, but not all will produce a coagulated product that will look, smell, and taste good enough to become cheese. So you have to be selective about the kind of bacteria you allow into your milk.

When you make cheese, you are, in a way, hosting a very exclusive party. Sound silly? Well then let me ask you this. When you throw a party at your home, do you throw open your front door and shout to the neighborhood, “Hey, I’m throwing a party here! Everybody’s invited, and be sure to bring along your friends and relatives!” No, of course you don’t. Because if you did, then God knows what kind of riffraff and miscreants you’d be allowing into your home. When you throw a party, you privately invite the “right” kind of people – friends and family members whom you like and whom you trust will contribute to a fun evening without drinking all your booze or wrecking your home.

The same concept holds true for cheesemaking. If you left a carton of milk setting around for two weeks, you’d have a carton of coagulated milk, but one that would look awful and smell worse. It would not be something that you want to even attempt to turn into cheese. That’s because when you opened that carton, you invited every kind of bacteria in the air — the good, the bad, and the mightily awful — to come in and coagulate your milk. Any good bacteria that coagulated the milk into something tasty were overshadowed by the bad bacteria turning it into something disgusting.

When you make cheese, you only allow in certain kinds of bacteria – bacteria that have been scientifically proven will coagulate milk in such a way that it will produce curds that look, smell, and taste good. That is why we add starter cultures to our milk. These cultures contain these scientifically-tested microorganisms that will contribute to the look and taste of the finished product. Furthermore, certain kinds of cheeses require other types of bacteria or mold to make them into specific cheese. If, for example, you want to make Blue, Gorgonzola, or Stilton cheeses, you will need a mold — Penicillium roqueforti. Only Penicillium roqueforti can provide the bluish color and specific flavor that turns your block of curd into blue cheese. Want to make Swiss, Gruyere or Emmenthal cheeses? Then you’ll need Propionic shermanii bacteria, because they are the ones that form the holes.

So if you want to make cheese, then you have to become a bit snobbish. Don’t allow just any bacteria into your milk-house. Only allow the elite bacteria. The “correct” bacteria will give you the right cheese.