What comes to your mind when you hear the word corn (besides my jokes)? Most of us think of the sweet corn that we eat directly off of the cob — boiled and flavored by butter and salt. Well, sweet corn is just one of the many kinds of corn that are grown worldwide. There are different types of corn grown for different purposes. Stand back — because I am now about to impart to you some kernels of knowledge!

Dent corn — This is the kind of corn that you are seeing when you drive through the rural areas of Illinois, Iowa, Indiana, and any other Corn Belt states and see vast fields of tasseled, silken stalks. It is called dent corn because of the “dimple” that is present in each kernel. According to the National Corn Growers Association (NCGA), dent corn accounts for approximately 99% of all corn production in the U.S. Dent corn is not meant for direct human consumption, as it is too starchy and bland. Instead, dent corn is used for livestock feed, corn syrup production, and ethanol manufacture. 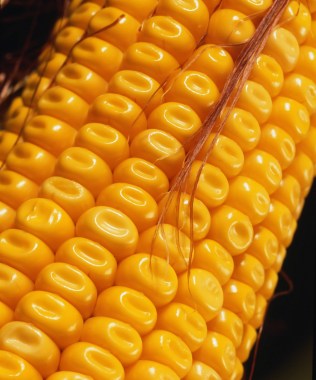 Flint corn — Flint corn is similar to dent corn in terms of usage (livestock feed corn syrup, etc.). It is named for the hard, glassy outer shell surrounding each kernel. It is grown mainly in Central and South America. US corn growers prefer dent corn because of its higher yield. Also, most of the research and breeding of corn in the US has been performed mainly on dent corn. 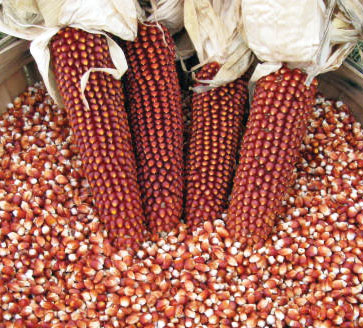 Flour corn — The kernels of flour corn contain a very soft starch, which makes for an easier grind and a finer textured product for baked goods. 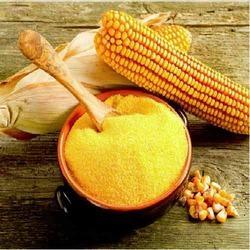 Pod or Indian corn — This type of corn has colorful kernels (beyond the standard yellow) and is grown mainly for ornamental purposes. This is the corn you see on Halloween and Thanksgiving decorations. After the holidays are over, you can then grind this corn to make cornmeal. 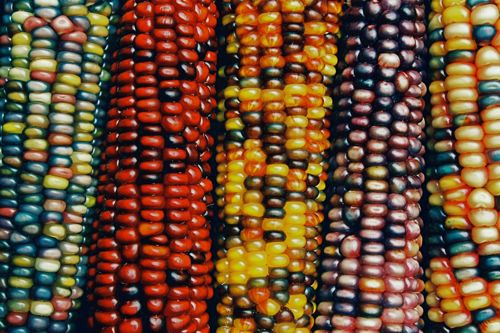 Popcorn — Popcorn kernels consist of a hard outer shell surrounding a soft starchy interior. After popcorn is harvested, it must be dried to a specific level of moisture so that when heated, the moisture inside will turn to steam, which will then burst through the outer shell and create the snack that has accompanied many a movie. Take away the butter and salt, and popcorn is actually a very healthy snack.

Sweet corn — This is the product we all know and love that has graced many a picnic or barbecue. Sweet corn is harvested when the kernels are immature. As a result the interior of the kernel contains sugar instead of starch, giving the product a sweet taste. Hence, the name. 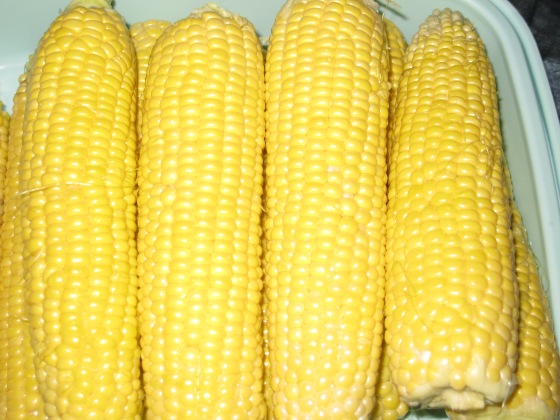 So now you know more about this amazing grain that feeds our livestock, decorates our homes, and provides us the means to get drunk while we are enjoying a delicious treat of sweet kernels.